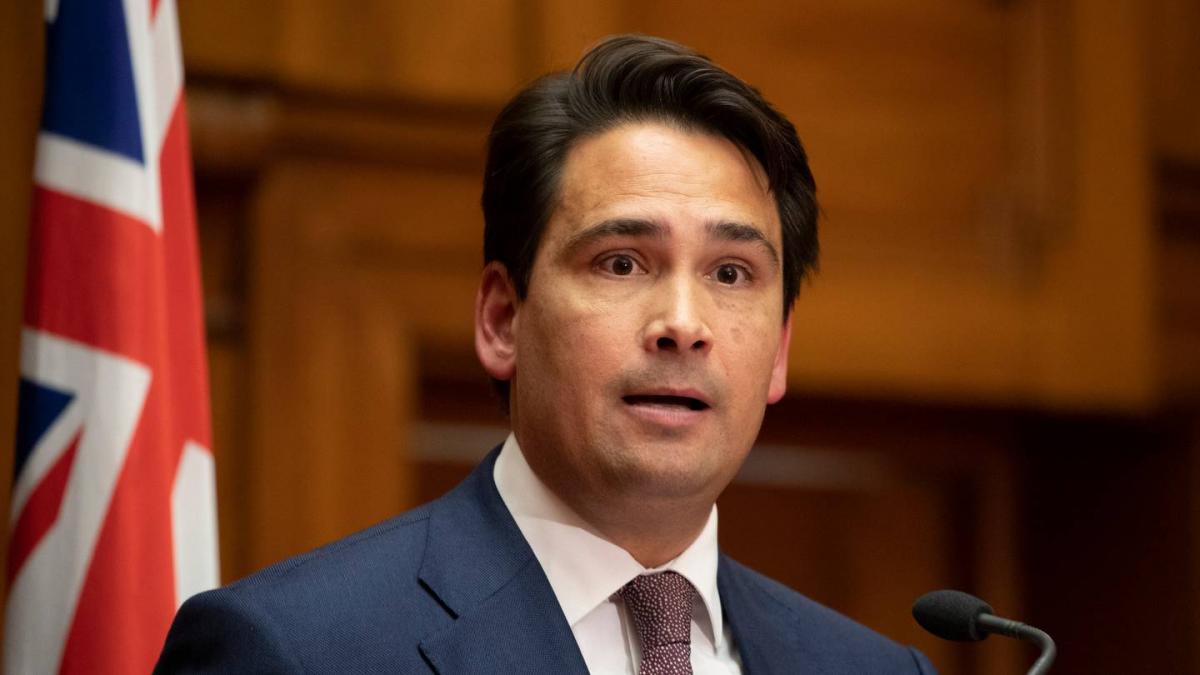 Bridges accused Coster of putting "being nice" ahead of applying the law.

"What you see is, right from the top, an agency or police force that's much less about arrest, much less about catching gangs and criminals despite huge problems in our society at the moment.

"And much more about being hip and doing things to impress a bunch of other wokesters."

Bridge's attack comes as National sets itself up to crack-down on crime and gangs.

On Friday, Bridges tweeted a NZ Herald story in which Coster said police cannot "arrest their way" out of the organised crime problem and is promising staff will take a nuanced approach to work with communities.

He called Coster a "wokester commissioner" and said that his "softly, softly approach" would lead to worsening gang and gun violence.

Bridges was asked by reporters today why he'd called Coster a "wokester commissioner". He replied: "Because he is".

"I think there's a lot of things he's done where he's wanted to put 'being nice' in a variety things ahead of actually the law of the land and catching criminals."

Coster's commitment to "police by consent" didn't marry up with the law and while there was a need for police to have a social licence the commissioner had got the balance wrong, said Bridges.

Bridges refused to be drawn on what specifically made Coster so woke but rejected his language as an MP towards the police commissioner was irresponsible.

He said police had their priorities wrong when they didn't attend 70 gang members holding up a road in his Tauranga electorate or show up when someone was punched in a shop.

"If that's policing by consent, it's fundamentally wrong."

Coster will be appearing before the Justice Select Committee - on which Bridges sits - on Thursday for the police's annual review.

Bridges said he was "really looking forward" to it.

Meanwhile Nationals' corrections spokesman, Simeon Brown, has attacked Corrections Minister Kelvin Davis for not "being across his portfolio".

"We need an inquiry into whether Kelvin Davis is across his portfolio."

Brown wouldn't say what the inquiry into the minister would look like and instead pivoted to saying there needed to be an independent inquiry into the six-day Waikeria prison riot which happened on Davis' watch.

Brown said when Davis was in Opposition he rallied against the Government every time something went wrong.

"Now that he's in government, he's as silent as anything. He needs to take responsibility for what's happening in these situations and answer whether he thinks its acceptable or not."

He also pointed to Davis requesting a briefing from the Department of Corrections about a judge's ruling that inmates at Auckland Women's Prison were treated in a "degrading" and "inhumane" .

"It was a court case going through the courts and it doesn't even sound like he's been briefed on it. This raises the question - is Kelvin Davis actually across his portfolio or not? That's a very serious question.

"It's one of the most important portfolios in the Government, he's the third-ranked minister. He needs to get across the detail."

He said the minister needed to take responsibility to ensure that the Corrections system is keeping in line with his Hōkai Rangi strategy, which is designed to try and make sure that our prison system is more humane.