New Zealand Herald
Share on FacebookShare Share on TwitterTweet
An All Blacks star is reportedly considering a shock code switch to the NRL. 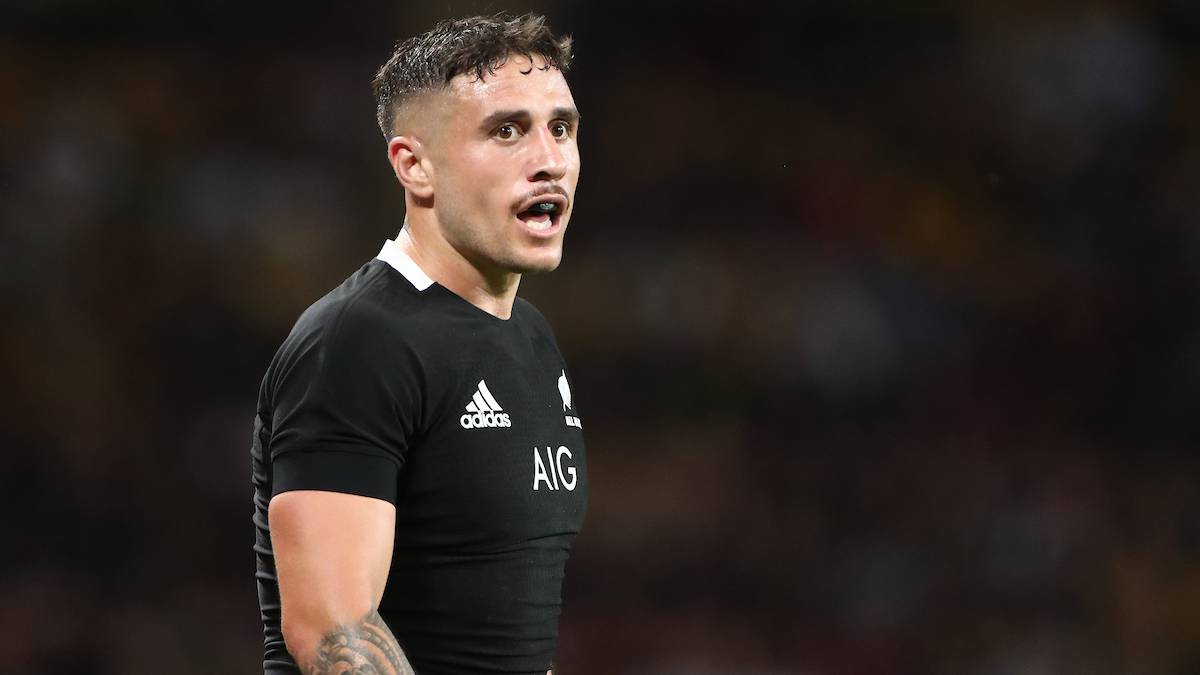 All Blacks star TJ Perenara is reportedly considering a shock code switch to the NRL.

1 News reported that Perenara is "seriously considering" the switch after the Sydney Roosters reached out to his agent Warren Alcock.

"We are talking to NZR and other parties that have approached us," Alcock told 1 News.

Perenara is contracted to New Zealand Rugby until the end of this year, and the All Blacks halfback and former Hurricanes co-captain is plying his trade in the Japanese Top League with the Red Hurricanes, choosing to take up the short-term contract overseas late last year.

Hurricanes CEO Avan Lee told NZME he touched base with Perenara last week as he attempts to get Perenara back in the capital.

"He's got choices and if there is truth to the Roosters rumour then obviously he's more than able to have that conversation, so we only control our conversation with TJ and we know how much he loves the Hurricanes.

"If he comes home and is playing anywhere near what he normally would then he'll be in the All Blacks as well at Rugby World Cup 2023."

Lee admits he wasn't surprised to see the report, and says they have to do their best to give Perenara the best offer to return to New Zealand Rugby.

"You're never confident in these conversations because you just don't know what's driving someone at this particular time, but I'm pretty confident – I know what we need to do to get TJ home but it doesn't surprise me there might be interest from other sports or at least rugby league.

"He loves rugby league – it's not really [a] surprise, when you've been in and around professional rugby for a while you know it's a pretty fluid process. There's always other teams involved, if there's a rugby league team involved well that's just another team. I'm not too worried about that, we've just got to do our best for TJ. Knowing he loves the team is a significant factor."

Perenara said last year that his Japanese sabbatical "doesn't mean it's the end for me" in New Zealand, however, All Blacks great Sir John Kirwan believes NZ Rugby should think twice about signing the 69-cap All Black.

"You can't re-sign Perenara," Kirwan said on Sky Sport's Breakdown. "I love the man, don't get me wrong. But who do you want to keep?

"There's some young guys coming through and for the next World Cup I just think [they need a shot]. Look, I'd love to sign him but if it was a case of signing a couple of young guys that are going to get us to the next World Cup, as good and on further, then I think he's going to be [left out].

"If you think about TJ, he's been a great servant of the game, [but] he's getting into the twilight of his career. And for me, there are guys that are starting to stack up that are going to give us another two World Cups."

Kirwan added that in a perfect world, Perenara should be re-signed upon his return, but factors like NZ Rugby's limited resources and developing future talent need to be considered.

That could be a factor in why Perenara is weighing up his options, despite not having any league experience, though his father Thomas was a Junior Kiwi and cousin Henry is a NRL referee.