Grand Final Team Lists Late Mail: Eels make call on Opacic, Brown's back, Staines in for May, Penitani out

Departing centre Tom Opacic has been ruled out of Sunday’s showdown against Penrith with Bailey Simonsson to give Parramatta a second player with Grand Final experience.

Simonsson, who filled in for the Super League-bound Opacic in last Friday’s Preliminary Final win over North Queensland, retained his spot in the outside backs with Opacic named among the reserves when the squad was announced on Tuesday.

Eels coach Brad Arthur confirmed on Thursday that Opacic was not going to be fit in time for kick-off.

“Tom won’t play, we wanted to give him every opportunity (to play),” Arthur said. “We’re devastated for Tom.

“I remember the day before his debut he guaranteed the group he be would ultra reliable and he has been that for us. It is sad for Tom, but he is still part of the 22.” 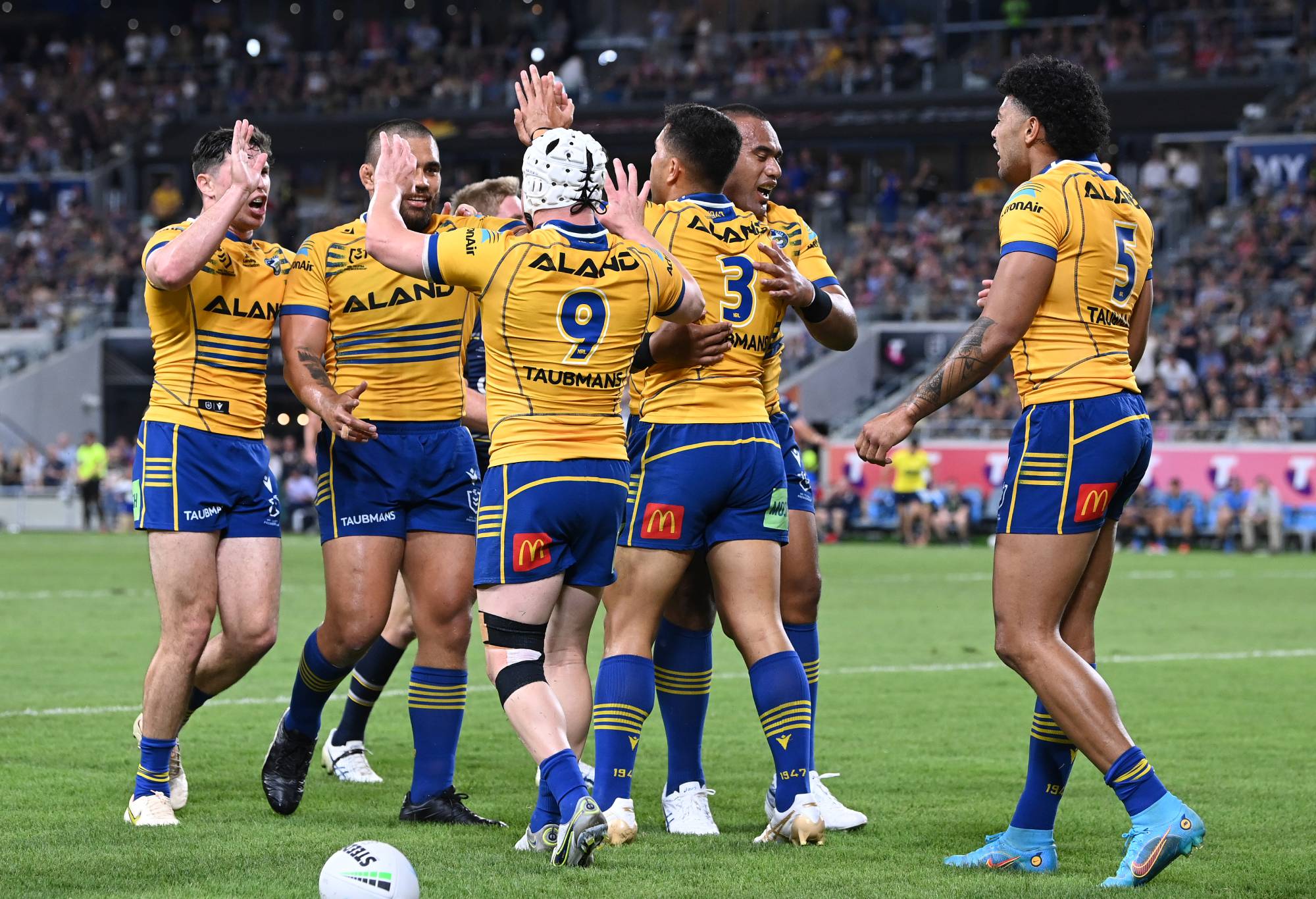 Former NSW lock Nathan Brown is set to make a shock return for Parramatta in the Grand Final 12 weeks after he was last sighted at NRL level.

Arthur has reinstated the fiery lock to his bench at the expense of Bryce Cartwright. Brown has been continually left out of the 17-man line-up for the past three months, leading to suggestions Arthur has been feuding with the veteran, who has been told he is free to leave the club at season’s end even though he is under contract for next year.

Penrith winger Charlie Staines has retained his spot in Ivan Cleary‘s side for the Grand Final while Parramatta have recalled unwanted forward Nathan Brown.

First-choice Penrith winger Taylan May has been ruled out of Sunday’s clash with a hamstring injury, meaning Staines has held onto his spot. Staines, who has played 14 games for the Panthers this season, earned a recall for Penrith’s preliminary final win over South Sydney with May sidelined with injury and suspension.

“Playing NSW Cup has helped me and when I get that chance in first grade I want to bring that (form) into first grade,” Staines told AAP. “I’ve been getting a good few games under my belt. I feel like I’ve been going OK whenever I’ve stepped up this year.”

May trained separately from the rest of the Penrith players on Tuesday at an open session at Panthers Stadium.

Rabbitohs winger Taane Milne was rubbed out for six weeks, which means he will miss Fiji’s World Cup campaign, for the high tackle on Leniu which led to his send-off in the second half. 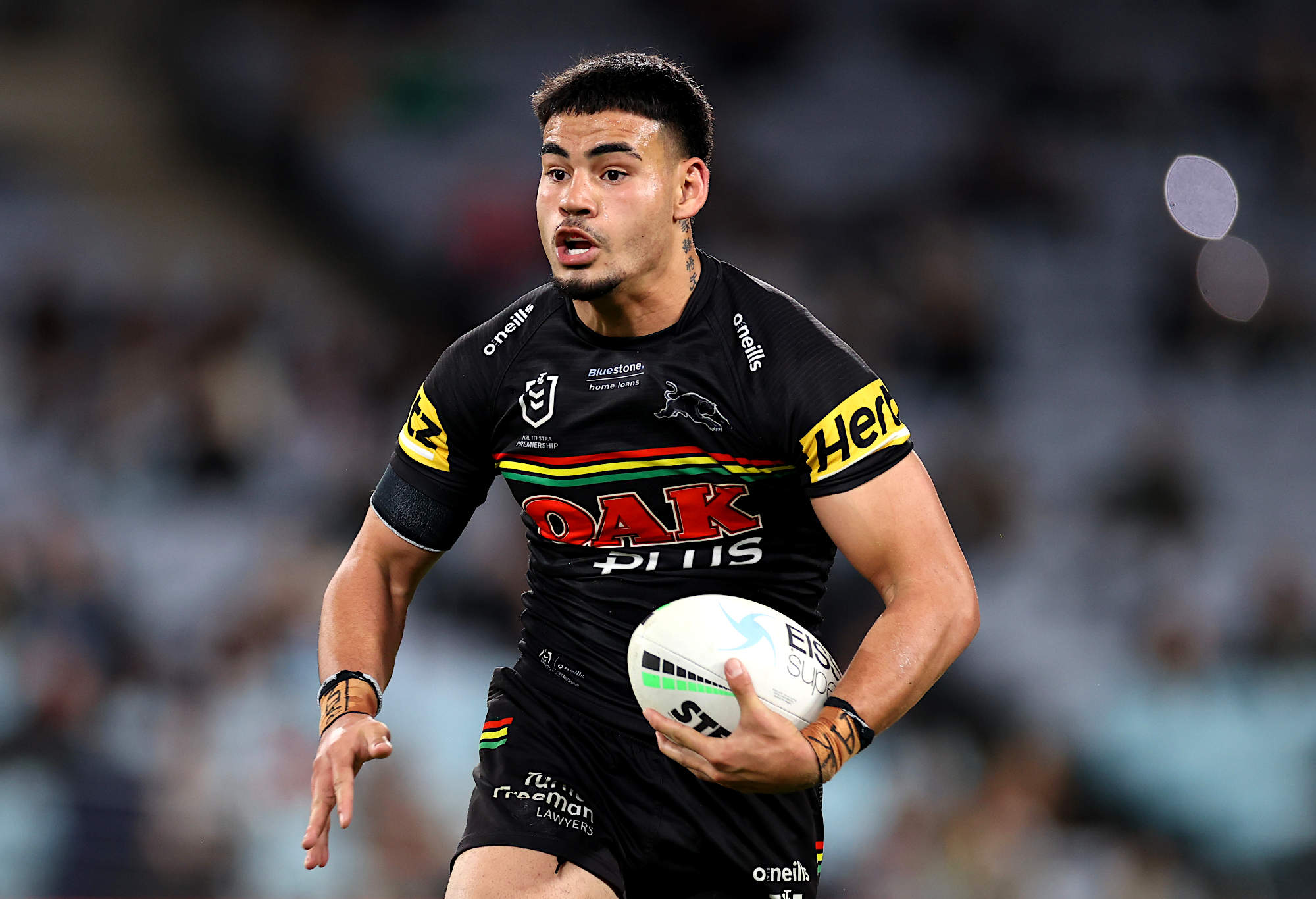 In the NRLW Grand Final, Simaima Taufa was cleared of a hip-drop tackle and will spearhead the Parramatta pack against Newcastle.

Taufa was instrumental in the Eels’ 24-10 upset over premiers Sydney Roosters although they will come up against a Knights side riding high after a 30-6 drubbing of St George Illawarra in the other Semi-Final.

Strike Parramatta centre Tiana Penitani won’t play in the NRLW grand final after failing to overcome a quad injury she suffered a fortnight ago in time to play.

One of the stars of NSW’s State of Origin backline, Penitani had been named on an extended bench in No.21.

All eyes will be on star fullback Tamika Upton who scored twice in Sunday’s tough semi-final victory over St George Illawarra. The recruitment of Upton and prop Millie Boyle has transformed the winless wooden spooners into title favourites.

Makenzie Weale has lost her place to Caitlin Moran on the interchange after the squad was cut back to 19 on Saturday.

With representative forward Simaima Taufa being cleared of a hip-drop tackle, Dean Widders’ side is unchanged.

Tiana Penitani was named on the reserves after being out with a thigh injury but won’t be a late inclusion after being omitted 24 hours before kick-off.

Viliame Kikau and Charlie Staines escaped bans from their shoulder charges against Souths. Staines was looking likely to make way with rookie Taylan May due back from a one-game suspension for a high tackle but he has been ruled out due to a hamstring concern.

Api Koroisau again started from the bench against the Rabbitohs but the move backfired with Penrith trailing 12-0 early so Mitch Kenny may remain on the interchange in the GF.

Spencer Leniu (head knock) looks like he will be able to take his place on the bench.

Tom Opacic’s hamstring strain means he will sit out the decider with Bailey Simonsson holding his spot in the outside backs. Opacic had been named in the reserves.

Bryce Cartwright was elevated to the interchange in the Semi-Final but only got 14 minutes of game time and Nathan Brown has been reinstated on the bench by coach Brad Arthur in the only change to the team which beat the Cowboys 24-20 in Townsville.

Similar news
Topics of the week