New Zealand Herald
Share on FacebookShare Share on TwitterTweet
An 18th man will be introduced following a spate of injuries in the NRL. 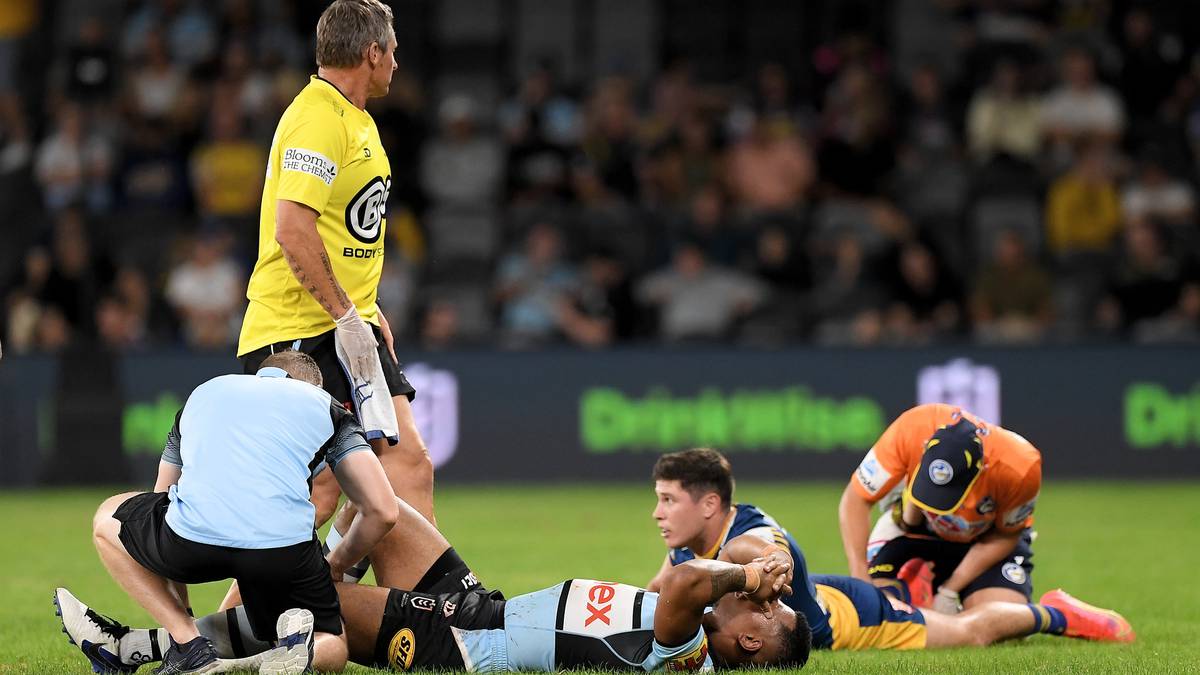 Sione Katoa of the Sharks (front left) and Mitchell Moses of the Eels are both attended to during their NRL round three matchup. Photo / Getty

Following heated debate within the rugby league community, the Australian Rugby League Commission (ARLC) has approved the introduction of an 18th man in the NRL premiership.

Round three of the 2021 season was headlined by a tumultuous number of injuries and concussions.

The Canberra Raiders were left with only one substitute on the bench against the Warriors after three players were taken off the ground in the opening 14 minutes.

And the following day, the Cronulla Sharks played the second half of their match against the Parramatta Eels with zero substitutes following three failed HIAs.

On Tuesday afternoon, the ARLC gave in principle approval for the introduction of an 18th player when three team members fail HIA tests, but the concussion substitute must be an "emerging player".

The ARLC will consult with clubs and players before the rule is implemented from round five, which commences on Thursday, April 8th.

Although the 18th player would have benefited Cronulla on Sunday evening, NRL teams have rarely found themselves in such an unfortunate situation.

As revealed by the NRL Physio, the previous instance of three players failing an HIA in the same team before last weekend was round seven of the 2016 premiership.

If there has ever been evidence a concussion sub (18th man) is needed, today is that day. Both Sharks & Raiders left with bare bone benches after multiple concussions (+ other injuries). Injuries are part of the fabric of the game but this would be a great move for player safety

ARLC Chairman Peter V'landys said in a statement: "This is a dynamic environment. As a Commission we have always said we would be agile in changing rules when it is in the best interests of the game and this is one of those examples.

"We see this as an opportunity to give an emerging player a taste of first grade rugby league in their team's time of need. The 18th player will also have to be rotated weekly so you don't have a young player missing out on playing lower grades every week.

"All fans agree we don't want to see a situation where a club is left with one player on the bench and this rule change will provide insurance for all clubs. It will also only be activated in the most dire of circumstances for a club, so we don't see it having a material impact on games every week."

"If you have two HIAs – which can be fairly common – there's a chance they will rort the third to get him off," Kent said on Tuesday evening.

"They should also look at this mandatory standown period, so if you come off to do the rort to get another guy on, you stand them down for seven to eleven days so that they miss next week.

"We've had unlimited interchange, to some having to play half a game of reserve grade – all these different scenarios.

"And the whole thing that is consistent is that coaches can't be trusted – they're looking for a competitive advantage."