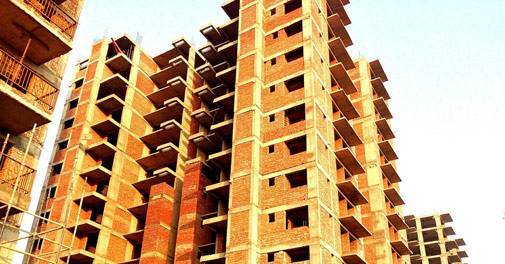 India has moved down 12 places in the global home price index in Q1 of 2021 to 55th position from 43rd rank during the same quarter last year, shows the latest report by global property consultancy Knight Frank. On a quarter-on-quarter basis, India gained one spot in Q1 2020 after ranking on 56th position in Q4 2020. The country was ranked 54th in Q2 FY20 and Q3 FY20.

Turkey remains at the top with a 32 per cent rise in prices during January-March 2021 compared to the first quarter of the 2020 calendar year. The Knight Frank report, 'Global House Price Index - Q1 2021', tracks the movement in mainstream residential prices across 56 countries and territories globally.

Also read: Multibagger alert: This stock delivered more than 200% returns in one year

After Turkey, New Zealand saw a 22.1 per cent rise in prices on a year-on-year (YoY) basis, followed by Luxembourg (16.6 per cent). "Spain was the weakest-performing territory in Q1 2021, where home prices fell by 1.8 per cent YoY, followed by India with -1.6 per cent," Knight Frank added.

Elaborating on the average YoY price changes across Indian markets, the Knight Frank report said Kolkata saw prices going down 4 per cent; Pune 3 per cent; Mumbai 3 per cent; Ahmedabad 2 per cent; and Bengaluru 1 per cent. Interestingly, housing prices across NCR went up 1 per cent in Q1 2021.

The US saw the highest annual price growth rate since 2005, with a 13.2 per cent increase YoY. Mainstream residential prices across 56 countries and territories in Q1 2021 grew 7.3 per cent, which records the fastest growth in prices since Q4 2006.

Shishir Baijal, Chairman & Managing Director, Knight Frank India said, "In Q1 2021, India witnessed meaningful recovery in sales volumes, helping housing prices remain stable." "With the onset of the second wave and the threat of new variants of the virus along with the fluctuation in vaccine rollout, there could be a pressure on sales volumes as well as on price growth."

Spain remains the weakest performing nation in Q1 2021, where housing prices fell 1.8 per cent,  followed by India with -1.6 per cent.