SwimSwam
Share on FacebookShare Share on TwitterTweet
Ariarne Titmus beat Katie Ledecky in the women's 400 free to pull Australia even with the United States in gold medals on Day 2. 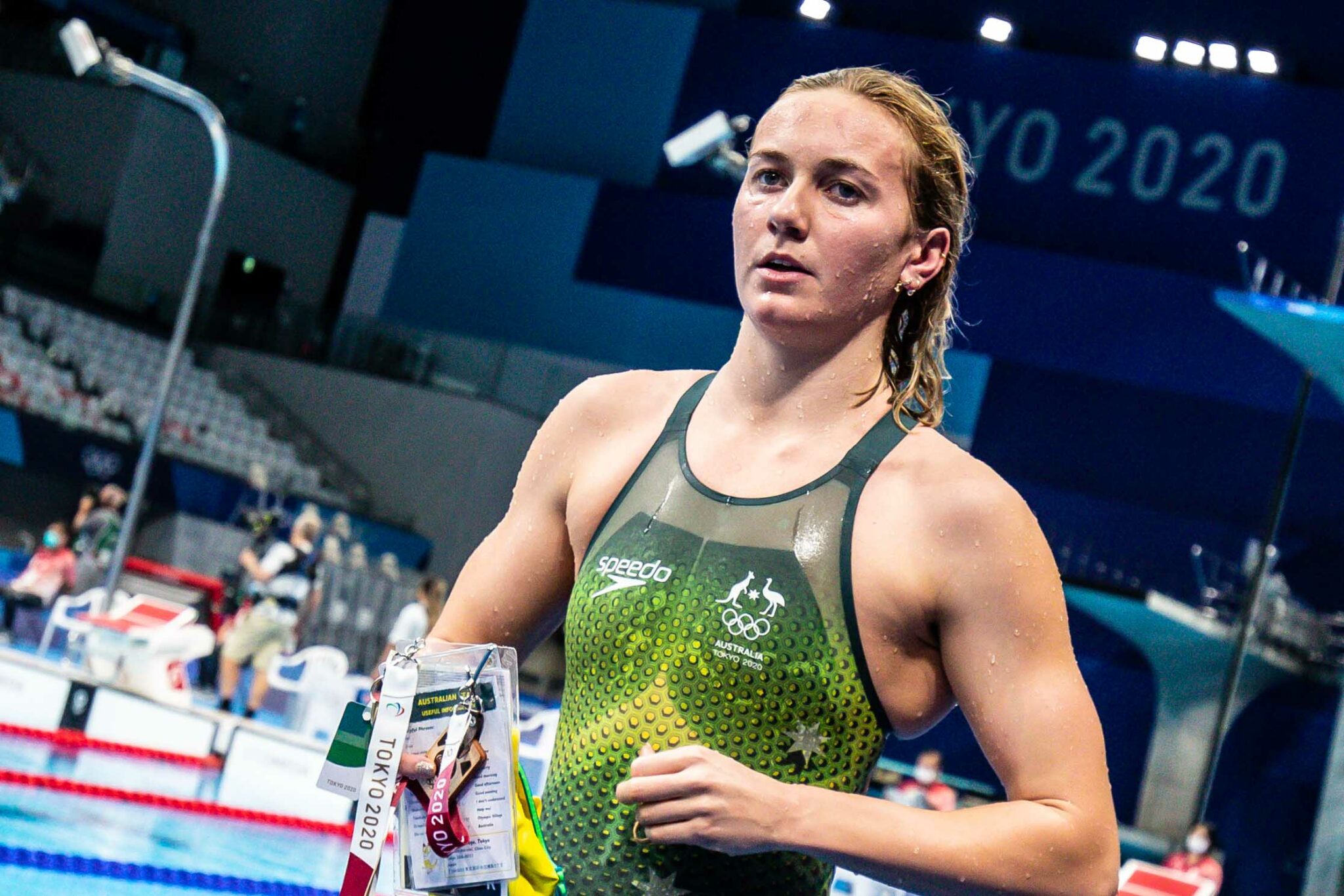 Day 2 belonged to Australia, who closed the gap with the United States on the medal table. The Aussies are now tied with the Americans with two gold medals each. Ariarne Titmus won gold in the 400 free, handing USA’s Katie Ledecky her first Olympic defeat. Emma McKeon added to Australia’s haul with a bronze in the women’s 100 fly. Matthew Temple, Zac Incerti, Alexander Graham, and Kyle Chambers added a bronze in the men’s 4×100 free.

Team USA held onto first place thanks to the men’s 4×100 free relay. Caeleb Dressel, Blake Pieroni, Bowe Becker, and Zach Apple gave the Americans their sole gold of the morning. Other than Ledecky’s silver, the United States were shut out of the podia in the individual events. Both Torri Huske in the women’s 100 fly and Michael Andrew in the men’s 100 breast finished fourth.

Canada moved into third place with Maggie MacNeil’s gold medal in the 100 fly, in a very tight race that saw only .14 separate 1st place from 4th place.

China earned their first medal of the Games with Zhang Yufei’s silver in the 100 fly. Li Bingjie added a bronze in the 400 free.

Adam Peaty put Great Britain on the table when he defended his 2016 Olympic gold medal in the 100 breast.

Arno Kamminga gave Netherlands their first medal with a silver in the 100 breast.

Nicolo Martinenghi picked up Italy’s first medal with a bronze in the 100 breast. Alessandro Miressi, Thomas Ceccon, Lorenze Zazzeri, and Manuel Frigo added a silver in the men’s 4×100 free.