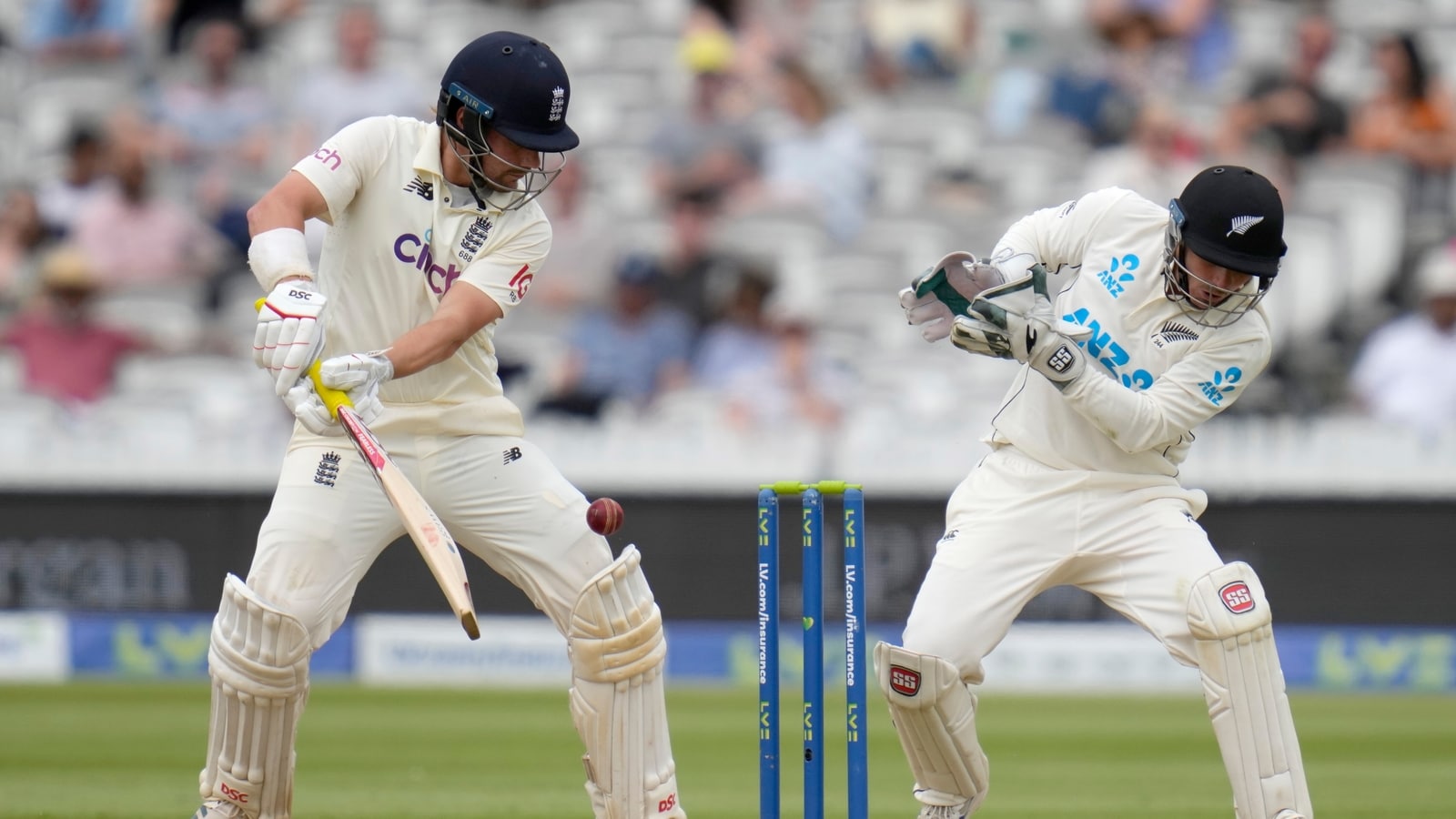 England vs New Zealand 2nd Test, Day 1 highlights: Rory Burns and Dan Lawrence scored half-centuries as England ended at 258/7 on Day One of the ongoing first Test against New Zealand at the Edgbaston, Birmingham on Thursday.

Lawrence and Mark Wood are currently are at crease with scores of 67 and 16 respectively. For New Zealand, Ajaz Patel, Trent Boult, and Matt Henry returned with two wickets each.

New Zealand are without their two important cricketers - captain Kane Williamsons and wicketkeeper-batsman BJ Watling. Tom Latham is leading the Blackcaps in Williamson's absence while Tom Blundell will take the gloves from Watling.

There were six changes in total in the New Zealand team from the drawn first test at Lord's, including the return of left-arm seamer Trent Boult.

England's only change saw Olly Stone replace fellow fast bowler Ollie Robinson, who was suspended for the match by the England and Wales Cricket Board pending an investigation into historic discriminatory tweets that resurfaced during the first test.