While Love Island is one of TV's most popular shows, it also dominates social media, with fans regularly sharing their opinions on the action in real time.

And as the inaugural episode of the ITV2 show's winter edition was aired on Sunday night, quick-witted viewers flocked to Twitter to share a string of hilarious memes.

From twins Eve and Jess Gale to Connor Durman's gleaming set of veneers, it appeared that every detail of the night's proceedings inspired a comedic response. 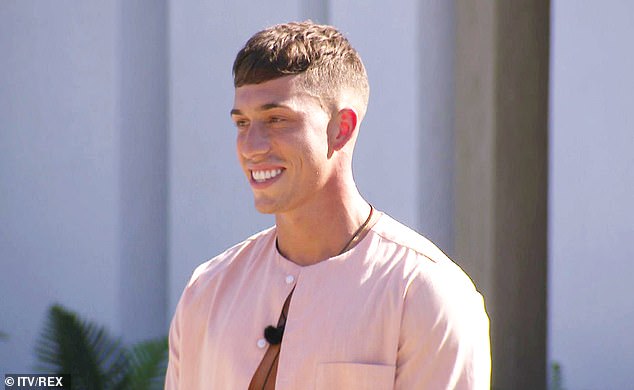 Meme myself and I: Connor Durman and his fellow Love Island stars attracted a host of memes when the show's inaugural winter episode aired on Sunday night

Soon after Connor, who is coupled with Sophie Piper, arrived on the show, he proudly revealed that he'd purchased his dazzling smile in Thailand.

Talking in a pre-recorded video clip, he said: 'I do get a lot of attention from girls on nights out. I think mainly it's the teeth.

'I went to Thailand, found someone on Google, a random dentist, flew there and just got them done. Honestly, these teeth have worked wonders for me.' 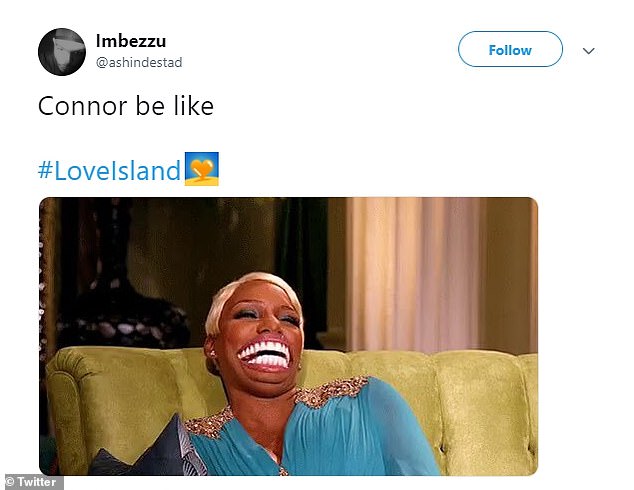 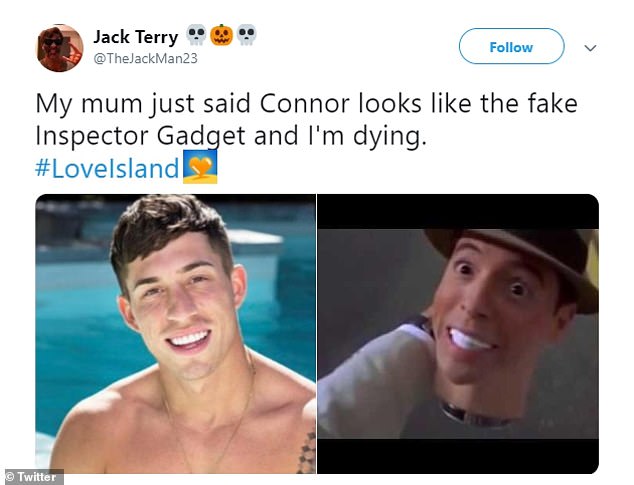 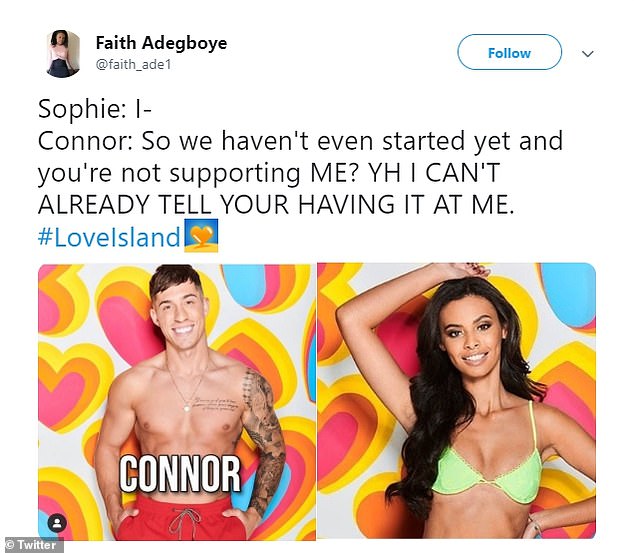 And his teeth quickly gained him much attention on Twitter, with Rylan Clark-Neal, himself renowned for his sizeable set of gnashers, writing: 'Want to thank Connor from #LoveIsland for taking the heat off me for a bit. Cheers mate.'

While his teeth attracted a stream of memes, they appeared to impress his would-be girlfriend Sophie, who was thoroughly taken with what she saw.

'I feel like I like his tattoos, I kind of like his vibe,' Sophie gushed as she spoke with the girls about him. 'He’s obviously got the veneers in hasn’t he…'

Without missing a beat fellow islander Leanne Amaning chimed in: 'Have you ever seen teeth like it?' 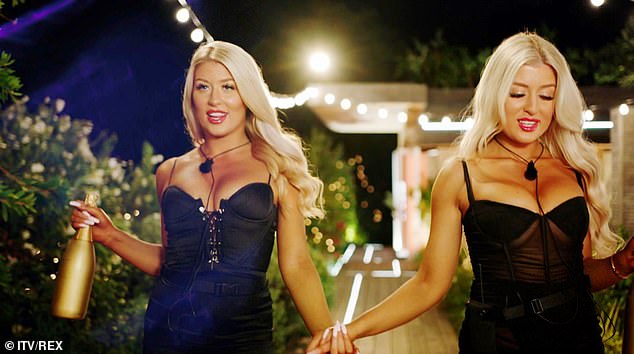 Double trouble: Twins Eve and Jess Gale made a surprise entrance into the villa toward the end of the launch episode 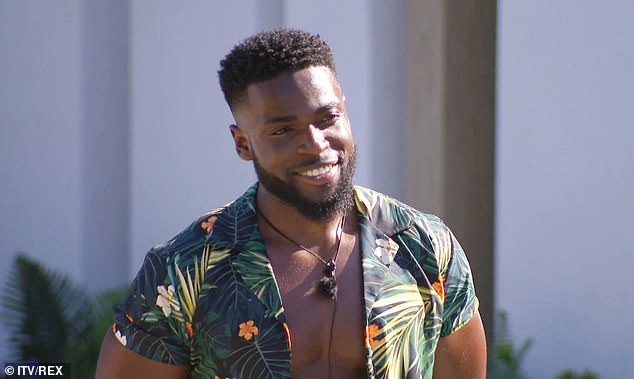 Like what you see? Policeman Mike Boateng appeared to be impressed with their presence 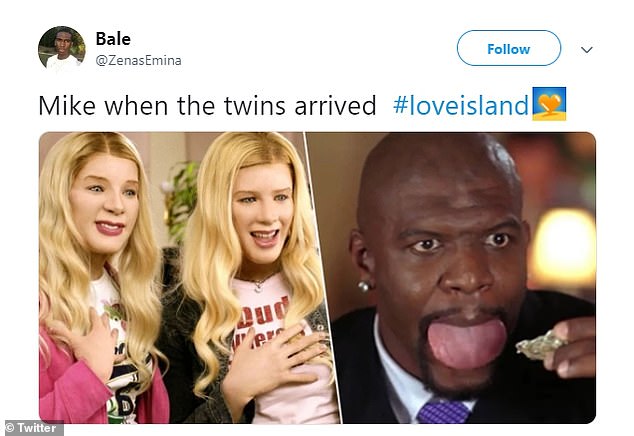 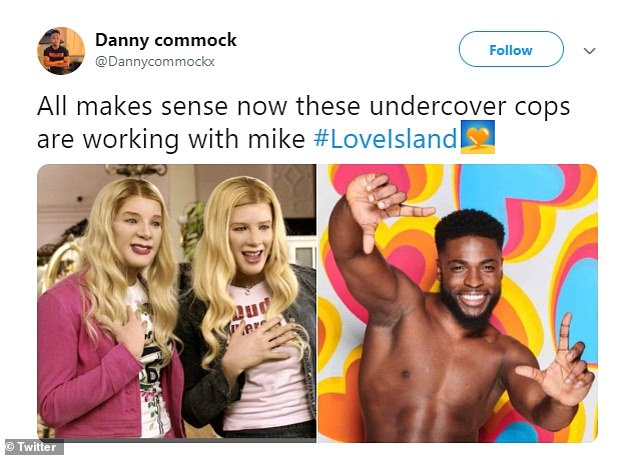 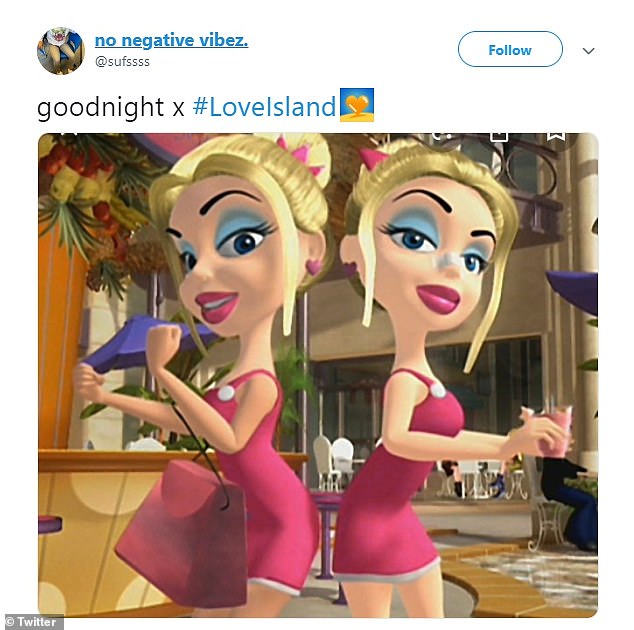 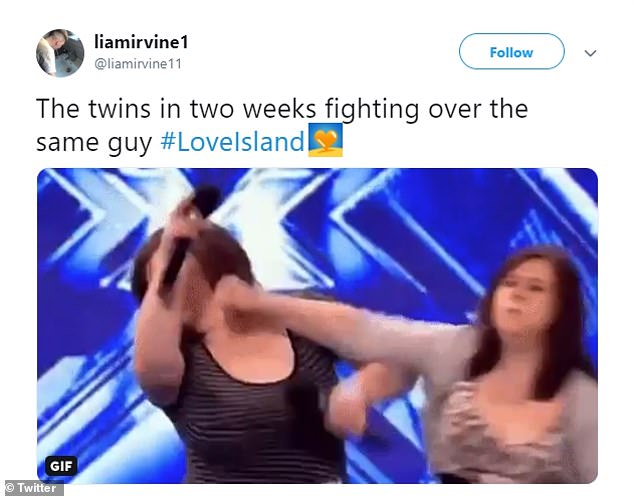